0.13.5 update is here and with that we have the ocean theme and a new gun which in short is the elder brother of UMP9; the gun’s name is PP-19 Bizon and can hold up to 53 bullets in a mag.

The Season 8 Royal Pass will begin from July 18th and you will get to see some cool clothes and gun skins related to Ocean theme.

Before you get into this article and check out my Pubg mobile funny moments which have been compiled in the form of images below, I present to you my latest video of team death match dance before and after you kill in PUBG mobile.

Hi, I am Ashish H Thakkar and below I present to you some of my interesting and funny Pubg mobile compilations:

This guy decides to get in the car with me. As you can see all my teammates are dead. Unfortunately I had to kill the dude after we stopped the car to get the guns from the guy we killed with our vehicle. 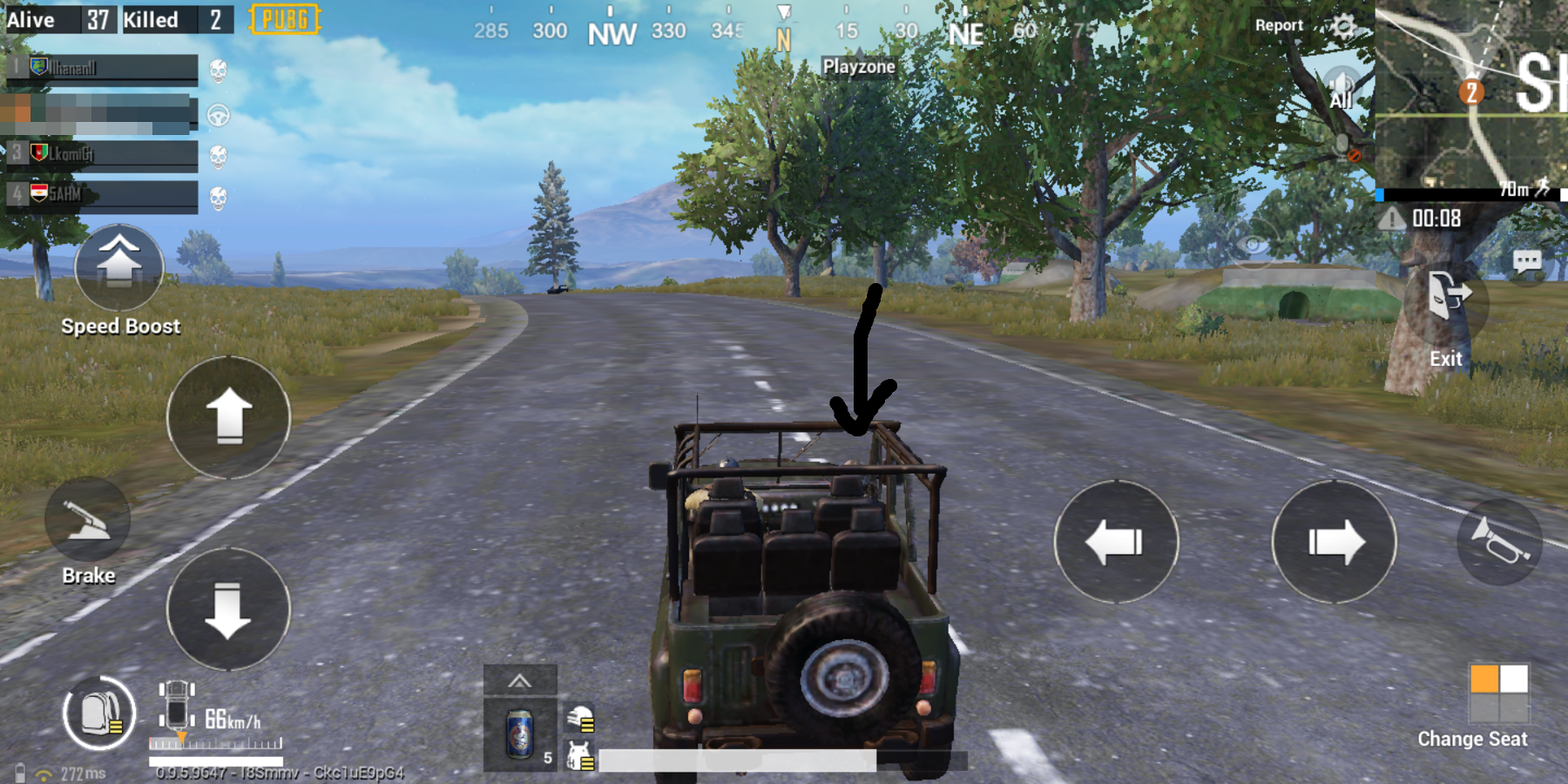 This guy just got stuck in the fence and had to shut off. Military Base it was I suppose. 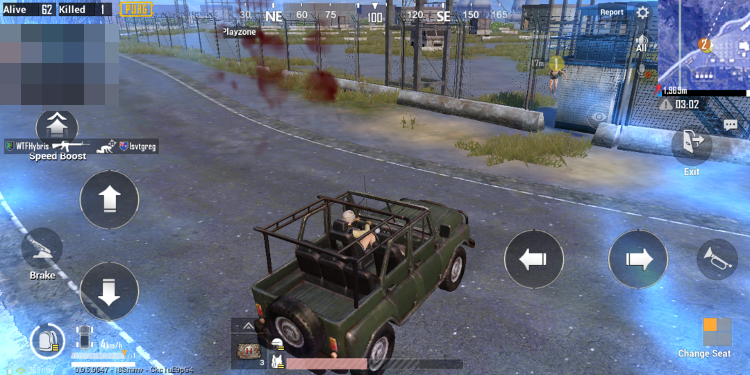 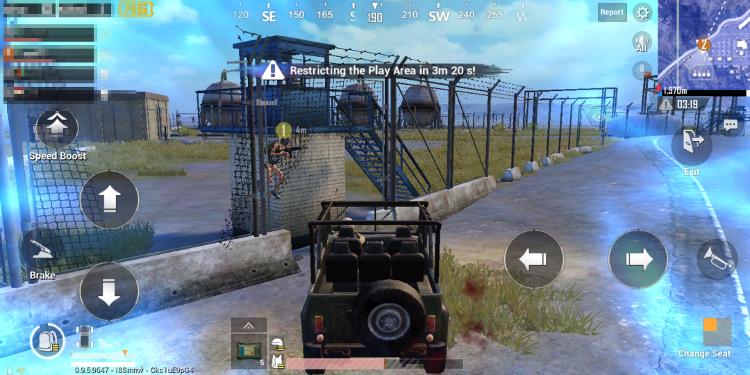 I went off for a bit when you have that 45 seconds waiting period before the plane takes off.

I took more than a couple of minutes and saw myself in this position. First when I saw this after I was asked to enter match again, I thought this is just the start position or a bug but later realized that this bunch is the last off the plane (People who did not click jump off). I killed 4-5 people with fist there. 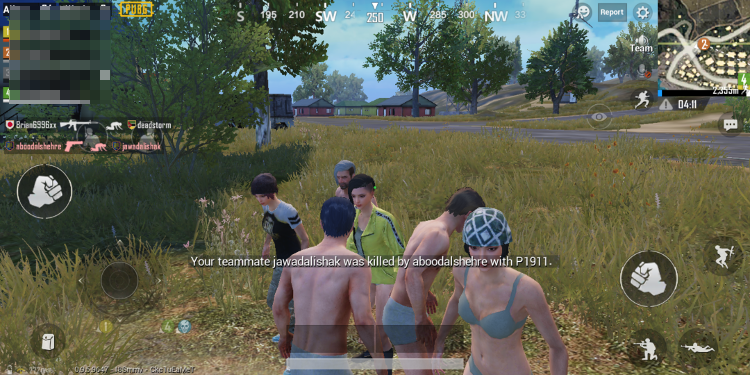 I have had chicken dinners even with 0 kills but this one was interesting. One of the teammates died when 70 alive and other 2 when 50 alive.

PS: I am a vegetarian in real life so this chicken dinner is only for the game.

The best part was that not only did I have only 1 kill in the entire match but I had used only 1 single bullet. 1 headshot with AWM.

This is why I insist, it is better to stay alive till the end rather than landing on areas like Pochinki or Novorepnoye to get more loots and kills.

Sure not everyone can play a boring and patient game like me but still. 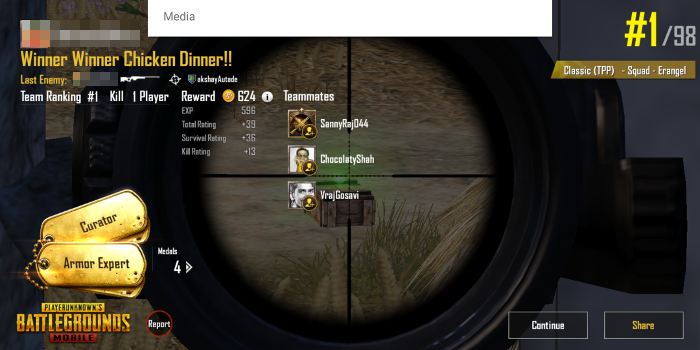 Note: This was probably gold or platinum. You can’t do something like this in higher levels.

Incidentally we own a red car in real as well. 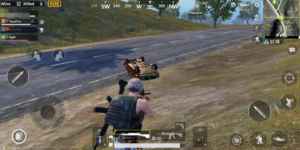 This person decided to go offline as soon as we landed (it was probably somewhere near Gatka).

I realized it later that he was offline when I went and collected the guns and ammo and he was still standing there.

Below I present to you the screenshot of me carrying him the entire match.

Our team came second and this person might not even know till date that this happened to him. 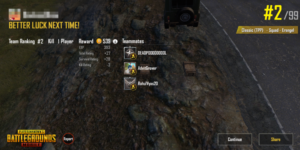 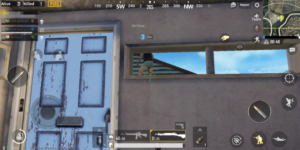 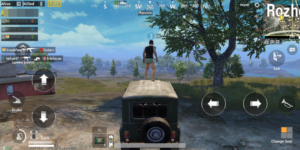 Ps: Look at him standing on top of the car; Vin Diesel and Ajay Devgn would be proud of him! Funny thing is that he was the last from our team to die (including me).

But do not judge me yet, I have done better things as well after the match is over. We chased these guys in this car for miles and ultimately burnt it down. That was some thrilling moment.

On a side note: That is bound to happen if you stand in the middle of nowhere taking selfies and screenshots for later.

I decided to open my parachute really early and come down as slow as possible. So as soon as my plane went over Pochinki i decided to open the parachute and just hang in there. Normally when I land I can see about 97, 98 alive. This time I landed really slow. 74 alive is what I saw when I landed on ground.

I thought I would be shot even before I landed on the ground but all I could see at the time was landing was kills (brown boxes you see after a person is killed in pubg mobile)  and smoke (Smoke grenade). 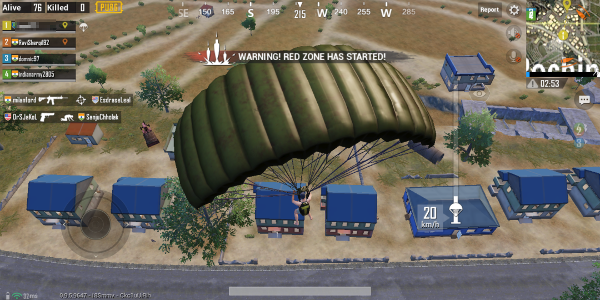 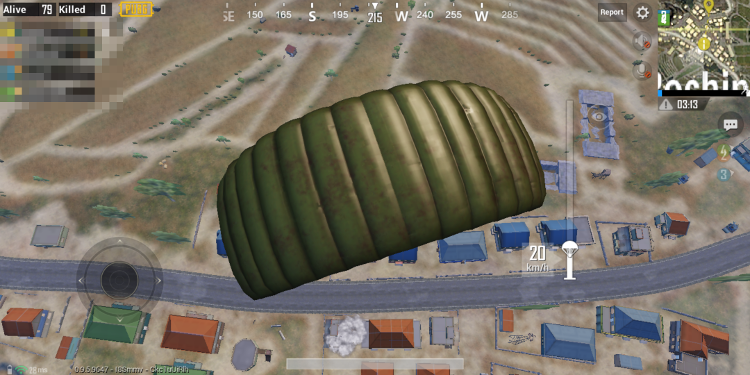 Look at the blood level on that body!

I can’t shoot for nuts and when it comes to laying down and shooting in the grass I am blinder than a blind man with bats’ eyes in broad day light. This was my day luckily.

Every once in a while you should stop and see the beauty around. A) Whats with the voice change in the last update of Pubg mobile?

Sounds like a desperate and nervous girl instead of the earlier voice which was strong.

Please tell me you can go back to the old voice. If yes then how?

B) Whats with the jingle bells that you get while picking up guns. Whats the use of that?

C) Is that blood or what? How do you do that? That’s new for me: D) Where exactly is this on the Erangel map. I did like this one more than the current start area. 13) Ending With My Profile 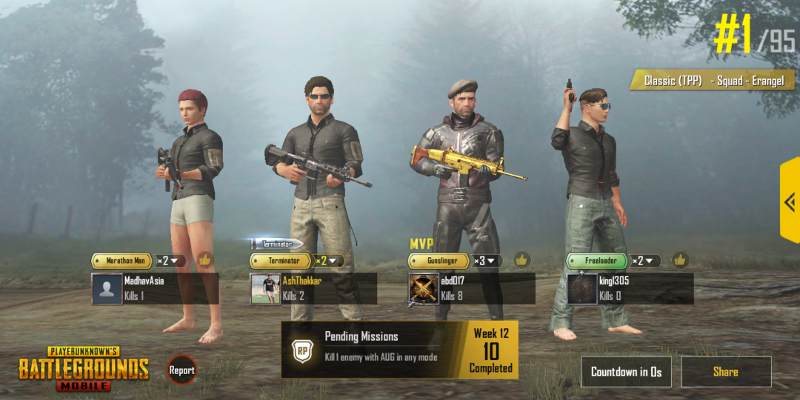 No major changes are seen in this version yet. Few minor changes which include are: What is better than a snow map in Pubg mobile?

Having a chicken dinner on that snow map: Loved the Snow mobile (or Jet ski or whatever it is called).

Please do not comment on my dress (I know it’s cold so what I normally do is kill and take the pants first from my kills).

What new changes do you see? Did you play TDM yet? Payload Mode? Do you like the latest version of PUBG mobile?

Here now I am ending this article with a video of funny Pubg Mobile Dance. Enjoy!